A member of the The Silver Plains Mind Flayer Cabal. Up until recently, he was the master of the members of the party, having turned them into Thralls under his command for the last several years.

His position in the Cabal was one of power. As the Keeper of Knowledge, he was responsible for the upcoming construction of an Elder Brain lair. The planning and schemes had been ongoing for years.

With his sudden absence, the Cabal is left in a precarious position, and they seek to replace the lost knowledge and contacts Qhek had collected. 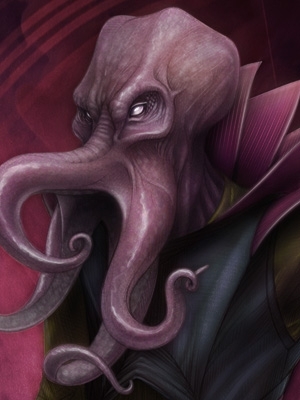